Well, I’m not going to London yet. I’m going tomorrow. Early. VERY early. I’m going to be getting up about as early as I’ve ever got up for anything in years. Maybe 6am. THAT EARLY. I must be mad.

Possibly, because I’m driving to Heathrow on a Friday morning. This is not the action of a sensible person, or so I have been informed by those who profess to know.

I’m going, of course, to Nine Worlds, the London geek convention where I will be attending various different panels and talks, as well as appearing in them. As a reminder, I’m giving a short talk on Bisexual Erasure at some point between 9-9.45am in Connaught B, and appearing on the Disability & The Apocalypse panel at 10am on Sunday in County A. I will be using my normal method of dealing with public speaking, which is ‘they’re more scared of you than you are of them’. Expect fast talking, enthusiastic gesticulating, and me trying not to swear.

While there I may also be able to combine forces with Liesel Schwarz and E.J. Swift, both of whom I met at Fantasy In The Court last year, to form a Del Rey UK authors triumvirate (they’re both on panels too, on Friday and Sunday respectively). I’m also looking forward to hopefully attending a kaffeeklatsch with Kate Griffin (more commonly known these days as Clare North), whose Urban Magic books I think are *amazing* pieces of writing.

Also of excitement to me is the fact that Forbidden Planet will have a stall there, and they apparently will have copies of Dark Run to sell! Not that it makes much difference to me personally, of course – I’ve already got a copy – but it’s always thrilling to see something I wrote being sold somewhere. I don’t think I’ll ever grow out of that.

So, if you see me at Nine Worlds – and I think that with my hair I should be fairly distinctive, even among the cosplay – please come and say hello. It should be an amazing weekend and I’m looking forward to sharing it with people.

I know that most people who read this blog will be here either because they know me personally or because they’ve read something I’ve written, but I’d like to take a moment out to do a quick review of an EP I received in the post the other day. The band are called Splitfist, and I found them simply because they followed me on Twitter. I gave them a listen, liked what I heard, and bought their EP and a T-shirt (which I wore to band practice on Monday). It’s a seven-track deal called ‘Straight Outta Halton’, and I approve greatly. 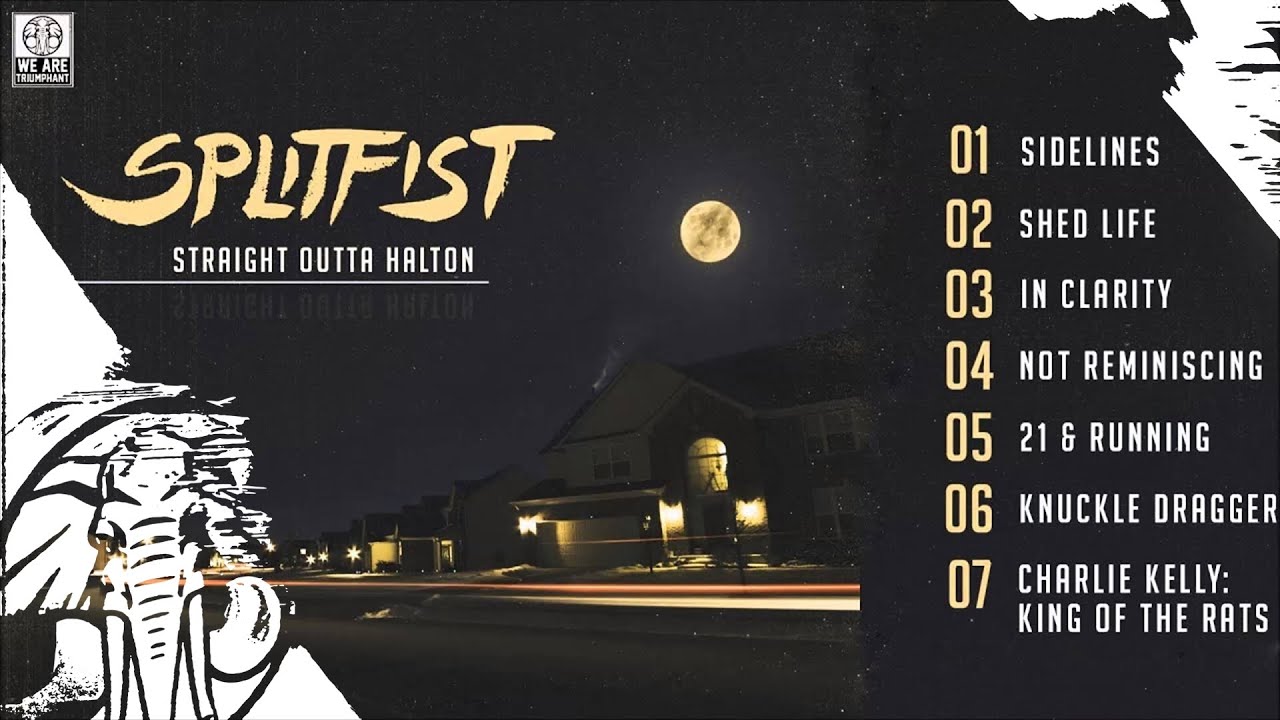 As a broad summary, Splitfist sound sort of like Polar Bear Club and The Wonder Years had a jam and brought Pinkeye from Fucked Up in on vocals (although they have a second singer too). It’s pop-punk without being sugary, and has emotional depth without being too angsty (with the possible exception of ‘In Clarity’, which veers off into Funeral For A Friend territory). ‘Sidelines’ is a brilliant opening punch with a stand-alone gang shout chorus and ‘Shed Life’ is a capable follower. ‘Not Reminiscing’ has a guitar doing the best impression of a bagpipe I’ve heard for a long while, but manages not to let that slightly odd sound dominate or ruin it. ’21 & Running’ is possibly the stand-out track for me, with brilliant use of the alternating vocals. ‘Knuckle Dragger’ has a verse that could be lifted straight off any of The Wonder Years’ last couple of LPs: no bad thing in and of itself, but they run the risk of heading too much into copying another band’s sound. However, the chorus gives it enough variation to avoid that. ‘Charlie Kelly: King of the Rats’ is a ballsy closing number with a chorus refrain as strong as that of ‘Sidelines’ and brings the EP to a satisfying end.

1 thought on “TO LONDON! And also, punk music.”