Friday dawned bright and early, bright enough that even London looked quite good.

With hotel breakfast achieved it was time for the first session of the day: An Audience with Chris Wooding. I first found Chris Wooding’s Tales From The Ketty Jay series in Waterstones because someone working there had marked it as “like Firefly, but with airships”, which was good enough for me. It’s a thoroughly entertaining series, although it was interesting to hear how he’d felt he had to end it because he could no longer think of a way to make air combat sound fresh and new. The talk was a very good insight into the life of someone who’d been writing novels since his teenage years, and whom had basically been making a living from it for most of his adult life (a somewhat different journey to my own).

After that I went to a panel in the biggest hall they had, with the somewhat lengthy title of “Police and the Supernatural: Law Enforcement Professionals’ View of Urban Fantasy”. This consisted of a police officer (dressed as Judge Dredd!), a civil servant involved in writing laws and (I think?) a prosecutor or something of that sort (it’s been a few weeks, I’ve forgotten the details) discussing Ben Aaronovitch’s Rivers Of London and Paul Cornell’s Shadow Police series, and comparing how realistic their depictions of policing were. It threw up some very interesting tidbits, like how police procedures change so fast that basically by the time the novel is published, it’ll be out of date anyway. There were also a couple of truly shocking things mentioned, such as how the Metropolitan Police’s reaction to the Stephen Lawrence murder was to pack all the black officers off to Bristol with virtually no notice to have a conference so they could come back and tell the Met how it was racist… (this was brought up in response to a discussion of how the police would react if supernatural beings were found to exist and they had to find a way to police them: it was suggested that the same thing might happen!)

Between this panel and the next I encountered this giant squid cosplaying as Cthulu:

The next panel was “Classical Monsters In Popular Culture”, which was about how monsters from classical literature had been reimagined and used today. This was a slightly weird one in terms of some of the language used, in that one of the panellists was talking about “Monster Theory”. I thought that she was talking about why humanity created stories about monsters, and why they kept coming up over history, but the way she was talking about it almost made it sound as though she thought the monsters were real and they themselves were trying to find a way into our collective psyche, as active agents. I’m assuming I just misinterpreted that. Either that, or someone might need to call the Met and tell them to be on their guard. However, one truly glorious thing the panel did bring to my attention was the existence of ‘The Birds Barbie’.

I required lunch by this point: happily the Novotel in Hammersmith is handily located for a whole bunch of food places (very different to the Radisson Blu in 2015, where the options were the McDonald’s next door or a long traipse into the suburbs to find a pub). After achieving pizza it was time for the next event, which was “Breaking The Glass Slipper Podcast Live!” Breaking The Glass Slipper is a podcast about women in SFF, featuring fantasy author Lucy Hounsom amongst others. I don’t tend to listen to podcasts as I struggle to concentrate on conversations I’m not part of when I can’t see the participants (I think it’s the whole “partially deaf” thing), but I went to see it live because my friends RJ Barker and Anna Smith Spark were on it talking about their recently-released debuts.

It was a very interesting conversation about female characters, traditional fantasy roles, grimdark etc, although I had to leave before the end (because they overran, damn it!) as I had to go and prepare for my own panel: “Interpretations Of An Interstellar Humanity”.

I’d actually come up with this idea for 2016, but although it was originally accepted it then was discarded as they’d overbooked panels. I resubmitted it for this year and, thankfully, it made it through. I wanted to talk about the depiction of interstellar human societies in science-fiction, why creators made the decisions they did when writing about them, how realistic they thought they were, and so on. To this end I was joined by Zoë Sumra, Temi Oh (whose debut isn’t coming out until 2019, because publishing is glacial) and former Games Workshop creator and current Black Library author Gav Thorpe, who graciously stepped in at the last moment when another panellist had to cancel with only a few days to go.

The last panel I was on at Nine Worlds was the “Ewoks!” panel on Saturday evening last year, which was tremendous fun but which also only had about twenty people in the audience. This one filled one of the rooms, which must have been about a hundred seats, and it filled it with five minutes to go before we started to boot. I was moderating a panel where people were actually being turned away.

Also, half of the microphones didn’t work properly.

However, we got around that by sharing, and (at least from my point of view) had a very interesting and thoroughly entertaining conversation about what we wrote, why we wrote it in the way that we did, and what we enjoyed or disliked about other interpretations of it that we’d seen. Part of it was about how realistic you can actually have it if you’re depicting an interstellar society, bearing in mind the huge distances involved (Zoë’s solution involves stable wormholes; mine involves an Alcubierre Drive), and this actually fed nicely into a talk I attended on Sunday morning… but more on that in due course.

After my panel I then had a choice. I had tickets for the Pennywise gig just up the road in Shepherd’s Bush, but there were still panels I wanted to attend. I compromised and went to the “Twisted Tales: The Dark Side Of Fairy Tales” panel (featuring a Chris Wooding now rather more tipsy than he had been at 10am), where the panel discussed various folktales and fairy tales and how the originals tended to be rather more gruesome and grisly than the sanitised Disney versions we see today. However, once that was done I wandered off up the road. I missed out on seeing Teenage Bottlerocket, but did manage to catch most of Good Riddance: 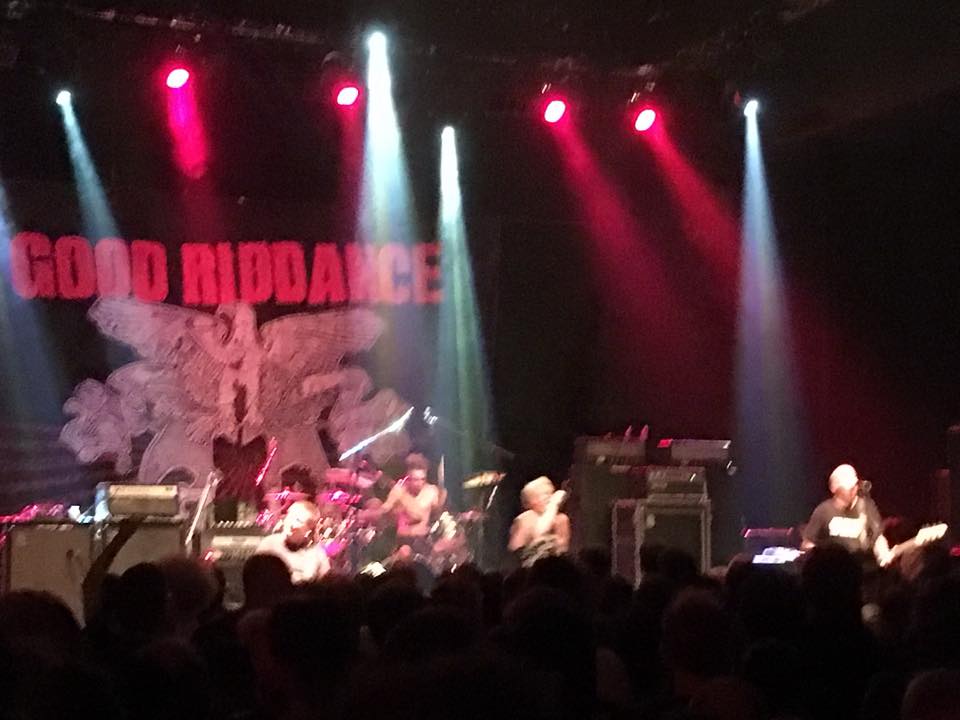 All of Face To Face: 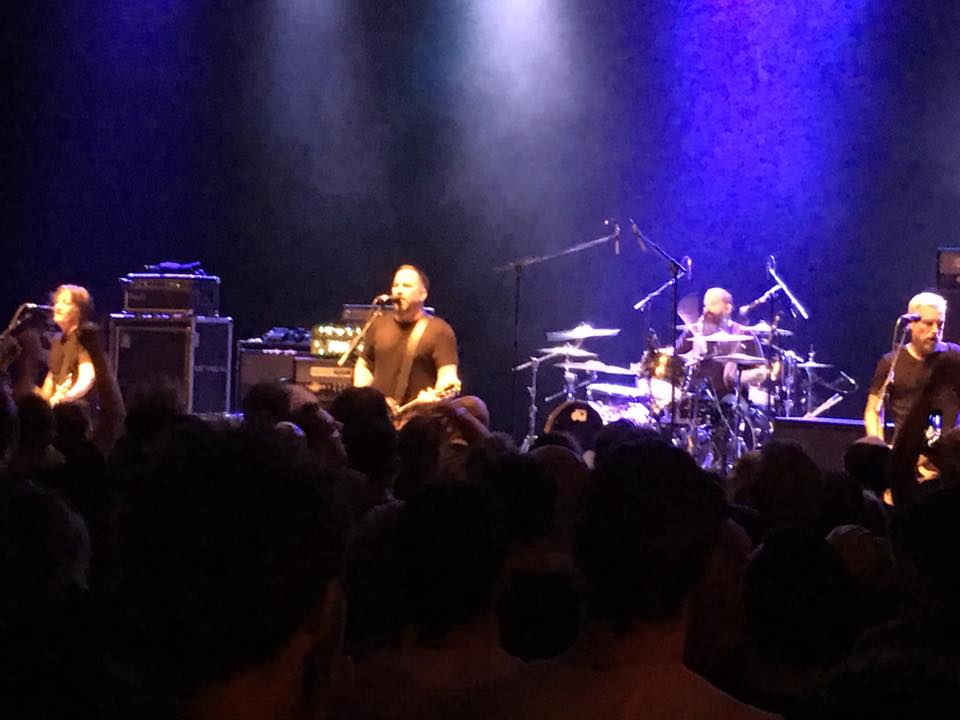 And then the headliners themselves, a band I’ve liked for close on twenty years but have never seen before. I did have tickets to see them once, for the short period of time when Zoli from Ignite was on lead vocals, but then he broke his coccyx and the gig had to be cancelled: 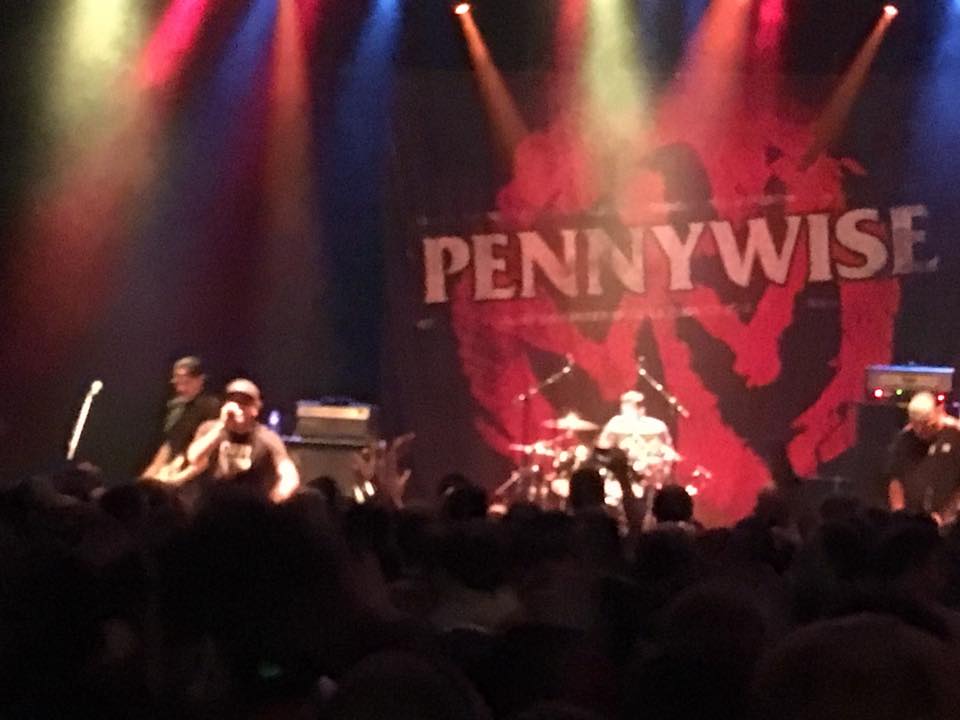 It was excellent fun, and I managed to avoid dying in the mosh pit. As I was leaving I also bumped into my friends Luci and Stuart, which was a nice surprise. Then I walked back to the Novotel and joined the Friday night disco before slinking off to bed at about 1.30am.

And the weekend was not even halfway done…